As an entrepreneur, Chief Emmanuel Mbulu’s business influence extends from Canada to the USA, African continent and worldwide. He owns several businesses in Canada, the United States, and Nigeria. He is the Founder, President, and C.E.O. of Tone-A-Matic International Inc. Tone-A-Matic was founded in 1990. Even though the odds were really stacked against him due to serious competition and lack of adequate capital, with diligence and determination, and by the power of God, he built the company into a multi million-dollar corporation.

Today, Tone-A-Matic international is a manufacturer and distributor of health and fitness products with locations in Mississauga and New York, in addition to worldwide distribution network. Chief Mbulu is very principled and dedicated to excellence and integrity in personal and business affairs.  He is very creative and innovative, and sees opportunities where many people see problems. This is why Chief Mbulu has built all of his businesses into successful enterprises for over 22 years.​

In Nigeria, he is engaged in several businesses including real estate development, and property management in lucrative prime locations. Chief Mbulu is also the chairman and CEO of an investment company that invests in securities and real estate in both Canada and Nigeria. In partnership with friends and investors, he has a stake in the telecom industry in Nigeria.

After participating in the November 2002 Canadian Trade Mission to Africa (in Johannesburg, Lagos, and Senegal and led by the Honorable Pierre S. Pettigrew), he organized an open house educational session at the Ramada Airport West Hotel.  At this event Chief Mbulu shared his knowledge and business expertise with the members of the community, providing them with insights into opportunities and advantages of expanding their business operation overseas.

Member of the Mayor Hazel McCallion of Mississauga led Trade Mission to China in 2007.

Chief Emmanuel Mbulu is a Patron of the Nigerian Canadian Association (NCA).

The value of Chief Mbulu’s expertise is now recognized in business and social circles. He serves on several corporate and community boards such, as member of the Board of Directors of the Community Foundation of Mississauga whose honoree Chair is Mayor Hazel McCallion.

In August 2010, Chief Mbulu was given the Humanitarian Award by the Sickle Cell Miracle Network of Canada. He also received the Community Development Award from the Anambra State Association of Canada in December of 2011.

The City of Mississauga has named a Street, “CHIEF MBULU WAY”, to immortalize his legacy of Philanthropy and Entrepreneurship.

Although Chief Mbulu continues to manage a hectic business schedule, he continues to find time for philanthropic activities that impact the lives of many people in Canada and abroad.

He is the Founder and Chairman of the Chief Emmanuel Mbulu Family Foundation . Some of the projects the family foundation has already completed include—but not limited to—are the following:

All of the above would not have been possible without the Power and Blessing of GOD.

Chief Mbulu is a proven leader and a high achiever in the areas of business, philanthropy, and social and community involvement. He is an exemplary role model of achievements that are within the grasp of each and every African-Nigerian-Canadian and any person with the ability to dream and will put forth the requisite effort. He believes that the more you give the more you receive. Overall, Chief Emmanuel Mbulu has made a profound and positive impact in Canada, in Nigeria, and several other areas of the world. He is a living, breathing example of what a good leader, mentor and citizen should be! 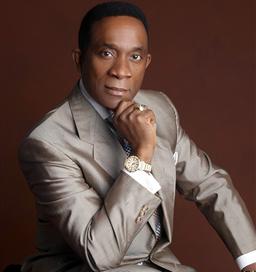